Home Ecology Politics Creative Writing Arts Archives About Us
Inside the Adirondack Blue Line by Lesia Vincent
... from Foreiegn Affairs: The Coming Coronavirus Recession And the Uncharted Territory Beyond by Mohamed A. El-Erian

Through a series of circumstances too complicated to explain here, I found myself in mid-March of 2020 stuck in Arizona 2300 miles from home in upstate New York. I had driven my car out there and really needed to return home with my car, so flying home was rejected as a solution to the current Covid19 crisis and my need to get home to my family. So it was that on Thursday, March 26th, I left AZ to drive home and Sunday evening at 6 PM I arrived there.

I had a number of concerns when embarking on the drive. 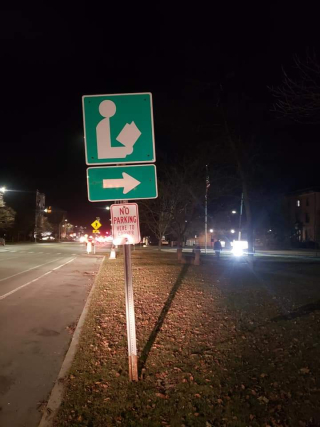 My “go to” restrooms on a road trip are McDonalds’ who can be counted on for consistently clean restrooms as well as caffeinated drinks to keep me alert. In the shut down for Covid19, the inside areas of fast food restaurants were closed down. Truck stops were going to be an important part of this drive home in spite of my lack of familiarity with them.  As I headed North on Interstate 17, I was happy to see that the public rest stop close to Flagstaff was open. There were few people there, making it an ideal place for a stop. I decided to keep an eye out for such places on my way home. My goal that first day was to make it to Amarillo, TX and the same hotel I had stayed in on my way out in early February. That meant a 750-mile day and it took me 14 hours with stops.

Once out of AZ, I realized that the rest stops in New Mexico were all closed. So, I stopped at Love’s (who had hand sanitizer dispensers), Flying J, Pilot and similar truck stops. People in those places were all courteous, helpful and friendly. Rest rooms were clean. I had been prompted to use gloves or paper towels to protect my hands from gas pumps, a source of germs due to many users. So I had my supply of gloves my friend had given me before I left (interestingly, they were the gloves that come with hair color kits, as she said she usually only uses one of the pair and saved the rest for situations like this one….great idea!).

I had a small bottle of hand sanitizer and did lots of hand washing. It was still a nerve-wracking situation, but I am glad I had what I needed to be cautious. One thing that struck me was how few cars were on the road…. most of my companions on the roadways were semis, a few RVs and a smattering of cars. Throughout Texas and Oklahoma, the public rest stops were all closed, so I was delighted when I got to Missouri the second day and found that very nice, attractive and well-equipped public rest stops were open! There were few people in those rest areas, so it was ideal to stop there when I was able. Thank you, State of Missouri!  I also noted that at a truck stop called “Kum and Go” in Springfield, Missouri, there was a sign saying that pumps and key pads were sanitized at regular intervals throughout the day, that there were paper towels for those who wanted a barrier between their hand and the pump, and everything was well stocked and clean looking. That was the only place I saw that level of precaution…well done again Missouri!

I drove 2100 miles Thursday through Saturday, stopping at my good friend's house Saturday night (in Ohio) and for the first time since Thursday AM, relaxing a bit and heaving a bit of a sigh of relief!  She lives alone and had been self-quarantining at that point for a week (and works in an office with only 3 other people when she was working). I felt safe there. I had stayed in hotels Thursday and Friday night, taking all possible precautions. Throughout the Midwest, again, people were courteous and helpful and friendly.

There were some eerie moments. While most Interstates don't go through the heart of cities, Columbus, Ohio was like a ghost town. When I got to the New York thruway, there were very few cars and mostly semis. Overall, it was a very different drive and one I won't forget any time soon. I should also share that I paid as little as $1.35 a gallon for gas! I don’t think I’ve found gas that inexpensive this century!

Thanks very helpful. We're snowbirds in Florida and will eventually have to head back to NY.

Glad to help in these difficult times. Be safe and healthy--cheers--Marc