Corona Virus in Italy: A View from the Street by Alan Pascuzzi, Ph.D.

Corona Virus in Italy: A View from the Street by Alan Pascuzzi, Ph.D., Florence, Italy

Here is why Italy has been hit so badly with this virus (do not listen to what the media is telling you - I am here and this is what is happening):

In general however, things are ok.  I have found there are two types of people: those who are freaking out and those who are using common sense and taking the necessary precautions.  It is a serious situation, but the biggest problem is the panic.  Yes the virus can kill, but it hits mainly those who already have serious health problems. This will pass and everything will stabilize.  It will just take time. 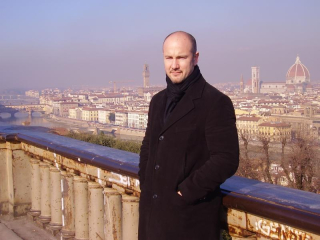 i really hate corona virus; it is our happiness killer

For sure. Thanks for reading.

It’s been a tragic nightmare everywhere. How are things in Italy now?

Here is a link from the US Embassy: