Home Ecology Politics Creative Writing Arts Archives About Us
Time for some beauty: Seven Brass Band & Have You Ever Seen the Rain
... from Bloomberg: Get Ready, A Bigger Disruption Is Coming The Covid-19 pandemic reflects a systemic crisis akin to the seminal crashes of the 20th century.

Reprinted with permission from the Middle East Forum. 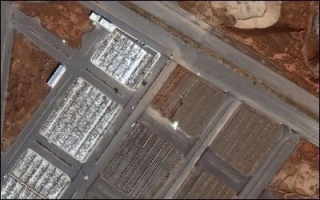 Iran's President Hassan Rouhani has met with key advisers and officials to coordinate the suppression of media reports on the coronavirus pandemic in Iran. As numerous Iraqis returning from Iran have been saying, ... a massive disaster is unfolding in Iran.

As they came back to Wasit governorate in Iraq they spoke of dystopian situation and "ghost cities." One man said he had left everything to flee the virus.

"Everything has stopped due to the illness. I saw in the streets that the number of sick is far higher than what the authorities said."

Life has stopped in Iran, the people say. "It is getting worse by the day," a report at Al-Ain notes. "People are locking up their homes, life is gone from the streets." Schools, universities and sports are canceled, and Iran banned travel between provinces, and stopped Friday prayers. Restaurants, museums and cafes are closed.

The Iranian army is now being deployed to control the virus. Mohammed Bagheri, the Chief of Staff of the armed forces, says he has formed a new committee and that the army will remove people from the streets and close shops.

"All Iranians will be monitored by cyberspace, telephone and if necessary sent to prison. All sick people will be identified," he said. His directives could be an excuse to begin a military coup, as it would be the perfect time with people removed from the streets and many leading clerics and officials and members of parliament already sick from the disease.

Scores of leading officials are sick and some have died. With the army in control of the streets and the president seeking to wrangle the media, Iran is entering an era of total control over every aspect of society, even more than was already the case under the regime. Last year the regime killed as many as 1,500 protesters. Freshly-dug mass graves likely containing coronavirus victims have been identified from satellite photos. The regime has no compunction against burying dissidents in the same graves.

Medical workers who were able to send out messages through sources have said that the situation borders on apocalyptic scenes from movies. One image that was smuggled out showed the parking garage of a hospital full of beds preparing for the sick to arrive, as there is no room in the hallways of the hospital.

A medical professional said that there are a lack of nurses and doctors, and that medical staff were sick and being forced to continue work. Iran's regime has portrayed the medical professionals as "martyrs" on the frontline. This is why Rouhani wants to mobilize the media. He knows that the system is on the verge of collapse.

Seth Frantzman, a Middle East Forum writing fellow, is the author of After ISIS: America, Iran and the Struggle for the Middle East (2019), op-ed editor of The Jerusalem Post, and founder of the Middle East Center for Reporting & Analysis.