... from Letters from an American by Heather Cox Richardson

Published under Fair Use from Letters from an American

... from Letters from an American by Heather Cox Richardson 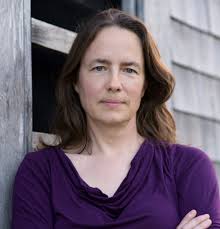 A lot of folks have been asking me lately if America has ever been in such a crisis before and, if so, what people in the past did to save democracy.

The answer to the first question is yes, it has, three times, although only once was this bad. In the 1850s, the 1890s, and the 1920s, oligarchs took over the nation’s government, controlling the White House, Congress, and the courts.

In the 1850s, elite southern slaveholders took over the Democratic Party and insisted that they should have the right to spread their economic system of large plantations worked by enslaved laborers across the American West. This would mean a whole host of new western slave states which, acting in concert with the southern slave states, would take over Congress and make slavery national.

In 1854, with the help of compliant Democratic President Franklin Pierce, they forced through Congress the Kansas-Nebraska Act. This law replaced the Missouri Compromise of 1820, which had kept slavery out of the northwestern plains. The Kansas-Nebraska Act would let settlers choose whether or not they would admit enslaved labor but, so long as a single slave was brought into a territory, the government would have to protect slavery there under the Constitution’s promise to protect property (for enslaved workers were, technically, property). This, of course, meant slavery would spread to all the territories.

Three years later, in the Dred Scott decision, the Supreme Court denied that Congress had any power to legislate in the territories anyway, meaning it could not stop the spread of slavery there. Then pro-slavery men in Kansas cheated to win territorial elections, then passed laws that kept anti-slavery men from ever holding power. Then, when Massachusetts Senator Charles Sumner—who had himself been a Democrat until 1854—protested that pro-slavery men were cheating in Kansas to serve the slaveholding oligarchy, a southern Democrat beat him nearly to death on the Senate floor. Then, in the 1860 election, southern slaveholders kept all but Democrats from voting, and refused even to allow ballots with their opponents’ names on them.

In the 1890s, industrialists working primarily with the Republican Party took over the government and jiggered the laws to protect their interests, move money upward, and destroy workers’ rights. The courts were packed in their favor. This was the era when the Supreme Court decided (in Lochner v. New York) that states could not regulate the hours an employer required from his workers because such regulation violated the Fourteenth Amendment, which had initially been added to the Constitution to protect the rights of African Americans. It also declared the federal income tax, which Republicans had invented in 1861 and which businessmen hated, was unconstitutional. As Republican policies caused the party to lose a popular majority, they first added six new states to the Union to hold the Senate and the Electoral College (we got North Dakota, South Dakota, Wyoming, Idaho, Montana, and Washington in twelve months from 1889-1890), and then wrote new state constitutions to keep poor men and men of color from voting.

After World War I, Americans terrified of communism after the 1917 Bolshevik Revolution attacked workers advocating unions and African Americans calling for civil rights. In the 1920 election, the Republican Party took control of the country in a landslide and put in place their theory that businessmen should control the government. That worldview was popular, and those who challenged it were silenced. The Ku Klux Klan, which had been destroyed in the early 1870s, rebounded and pledged to defend small-town values and Christianity by purging society of immigrants and black Americans. By 1925, the KKK had from 2 to 5 million members, and the support of millions more.

Novelist John Dos Passos looked at the nation dominated by businessmen and their government and wrote, “they have clubbed us off the streets they are stronger they are rich they hire and fire the politicians the newspaper editors the old judges the small men with reputations the college presidents the wardheelers (Listen businessmen college presidents judges America will not forget her betrayers) they hire the men with guns the uniforms the policecars the patrolwagons… all right you have won you will kill the brave men our friends tonight… there is nothing left to do we are beaten… America our nation has been beaten by strangers who have turned our language inside out who have taken the clean words our fathers spoke and made them slimy and foul… we stand defeated America….”

In each era, it seemed like American democracy had been conquered by an oligarchy that was sucking wealth upward and had no interest in serving the needs of regular Americans. In 1860, elite slaveholders spread across the nation a system that would destroy the ability of poor white men to rise. In 1900, in the deadliest natural disaster in American history, a hurricane hit Galveston and killed between 6,000 and 12,000 people and did more than a billion dollars worth of damage in today’s money. But the partisan politicians in the city did not have the skills or the infrastructure either to clean up or to rebuild. And in 1929, the Republican experiment shattered in October when the Stock Market Crash set off the Great Depression, and the government had no solution but to wait it out.

But in each era, just when democracy seemed lost, regular Americans took it back. They started simply by complaining. In each case, for at least a decade, the oligarchs had controlled the media as well as the government, and most Americans had come to believe whatever the oligarchs argued. Simply saying they were wrong brought ridicule, scorn, and sometimes violence, but those defending democracy started to get traction. They wrote letters to congressmen and to newspapers, and they protested in the streets, pointing out that the southern slaveholders, or the industrialists, or the businessmen, were gaming the system to destroy democracy. Pretty soon like-minded people began to gather together to talk about what they could do to take America back.

They started to run for local offices, and state offices, and even for seats in Congress. And when elections came, they turned out voters by reminding them just how important it was for them to show up. And in elections, the people in power cheated and the game was rigged… but the people defending American democracy still won.

Americans change politics first by changing minds. If this were not the case, Russia would not be swamping us with disinformation, and the right wing would not flood the country with talk radio and the Fox News Channel, which present fact-free stories designed to divert people from reality. And, of course, Trump would not bother spinning his own lies. People, and now bots, spreading those lies have been so assertive that a lot of folks who know they’re crap have stayed quiet, not wanting to start a fight. But speaking up to identify lies and to celebrate real American values is a crucial step toward changing the national narrative. If it weren’t, no one would be paying bots and trolls to shut us up.

Changing the national narrative is crucially important, but it is not enough to change our government. To do that, we need to complain constantly to our elected officials, even those who ignore us (because they do keep a record), and to support politicians who are advancing democracy. While everyone is currently focused on the presidential race, even more important are the Senate races, and the House. If Democrats take the Senate, Trump will be hamstrung even if he is reelected. And the House needs to be Democratic to check him in the first place. So support a presidential candidate, sure, but pick a Senate race and a House race, and work for that candidate, too.

This election is one of the most important in our nation’s history, maybe THE most important. And just as in the 1850s, the 1890s, and the 1920s, the people in power would not be working so hard to silence those of us who care deeply about American democracy if they thought our actions didn’t matter.