... from Axios: The growing coronavirus recession threat by Dion Rabouin

Printed under Fair Use.

The growing coronavirus recession threat by Dion Rabouin from Axios 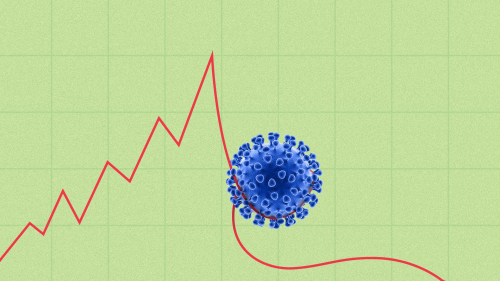 In just a matter of weeks, top economists and investment bank analysts have gone from expecting the coronavirus outbreak to have minimal impact on the U.S. economy to warning that an outright recession may be on the horizon.

What's happening: The spread of confirmed coronavirus cases in Europe, the Middle East and the U.S., and the speed at which they are being discovered has set the table for the outbreak to have a larger and much costlier impact.

Between the lines: The outbreak threatens U.S. consumer-oriented businesses like restaurants, bars and travel, which have held up the economy as business investment has turned negative and the manufacturing sector has fallen into recession, largely as a result of the U.S.-China trade war.

What they're saying: Business investment, which declined through the last three quarters of 2019, could be further hit, Constance Hunter, chief economist at KPMG, tells Axios.

Europe and Japan are particularly at risk, as both have generated only 1% growth over the past year and are very susceptible to falling into recession.

Flashback: Just a few weeks ago, many economists thought the coronavirus would cause only a tenth of a percentage point decrease in U.S. growth this year.

One level deeper: Goldman Sachs' chief U.S. equity strategist David Kostin warned Thursday that the firm now expects U.S. companies to "generate no earnings growth in 2020,” and that “a more severe pandemic could lead to a more prolonged disruption and a U.S. recession.”

The big picture: Nearly half of U.S. companies in China said they expect revenue to decrease this year if business can’t return to normal by the end of April, according to a new survey by the American Chamber of Commerce in China, a group representing members from 900 companies throughout the country.