Home Ecology Politics Creative Writing Arts Archives About Us
Crisis in transatlantic relations: what future will we choose? by Stanley R. Sloan
All Because of Stairs by Faith Jenkins

(Note: first image is a Forster's Tern from Wiki,while second is Golden Eagle from Wiki)

I came upon birding in a roundabout way. 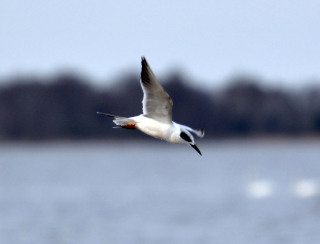 A friend at work has this husband, reitred, but, as a hobby--a paying hobby, I might add--he is a contractor, of sorts. Actually, he is the best contractor we've ever used. He's done French doors that open onto our deck, fixed cracks in our ceiling, fixed a major hole in our ceiling and has offered, when the time is right, to put an extension off our living room that will run up over our garage. If anyone wants to foot the bill for that last one, please let me know.

Anyway, I asked my friend at work if Rich--we'll call him Rich, mostly because his name is Rich--could do some work for us over the summer-- a summer two years ago, to be certain.

"Oh, he's down at the cabin bird watching," she smiled.

"Yeah, he goes down to the Southern Tier in April and May, mostly May, and watches birds," she began to explain.

Ah, I made a mental note to myself to talk to Rich next time I spoke with him.

Well, about a month later, I had the chance to catch him when he was back up here and not doing some home repair or contracting work.

"Just do it. You can teach yourself," Rich smiled over the phone.

Well, as a self-taught pretty much everything I do, I thought Rich made a lot of sense.

So, two years ago, I ended up with about 33 birds on my slowly growing list. I lost the list when my phone started to die and I transfered everything over to my new phone, save for the memos file with my list of birds in it.

Now, for me, that first year, 2018, was interesting. I had about 33 birds, many of which I identified with the Merlin phone app from the Cornell Lab of Ornithology. By the way, if you don't have this app, get it. It's free and it works the world over. I saw an unidentified bird on a show about Australia and, bingo, Merlin nailed it. The ID, that is, not the bird itself. Pretty damn cool. 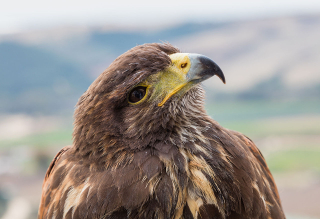 The neatest thing I saw my first year of giving birding a go was on a late March trip back from Ohio having just passed the state line travelling east from Pennsylvania into the New York. It was raining like absolutely crazy. So much so that traffic had slowed to about 45 mph. As I looked to right where some small trees were near the road, I saw them.

Nine huge golden brown birds--oh, so big--in one of the trees, their heads tucked to the side, hidden away under their wings. Almost monk-like. A few minutes later, I pulled over at the mini truck rest just before the NYS toll booth and ran Merlin.

Nine of them! Maybe ten or eleven. I mean, it was really raining.

When I got home that night, after a quick Google search, I found out that a group of eagles is call a convocation. It can also be called a congress, but I prefer convovation because that word has a sense of the spiritual about it. For my two-cents, there may be nothing more spiritual than an eagle in flight.

And, I saw the whole group of them! How wonderous was that?

After that, I was as hooked as hooked could be. That is to say--for someone who works full-time, publishes this blog on the side, along with a couple of other hobbies that take up some serious time--as well as my family, which pretty much consumes the rest of my free time--I was hooked.

So, as we get close to year's end, here is my list. A few birds are listed twice, but for me, these were pretty cool things that I had never really paid attention to before.

You've seen some beauties in your beginning venture!