The Demolition of U.S. Diplomacy

The Demolition of U.S. Diplomacy 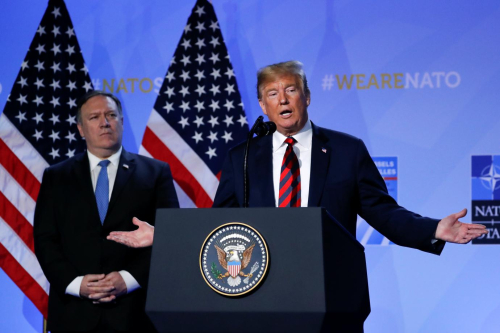 Photograph: Pompeo looks on as Trump holds a news conference after the NATO Summit in Brussels, July 2018

Bravo for William J. Burns at Foreign Affairs for his new article "The Demolition of U.S. Diplomacy."

In my three and a half decades as a U.S. Foreign Service officer, proudly serving five presidents and ten secretaries of state from both parties, I’ve never seen an attack on diplomacy as damaging, to both the State Department as an institution and our international influence, as the one now underway.

We are digging a deep hole for ourselves in a world that is changing fast, filled with players who won’t wait for us to stop digging and a landscape that is quickly hardening against U.S. interests. Our allies are confused. Our adversaries are quick to take advantage. The institutions and coalitions we shaped over decades are wobbling. The confidence of the American people in the power and purpose of disciplined American leadership is evaporating.

Read the entire article here. It's short, to-the-point and filled with a wisdom sorely lacking in the current administration of knaves and thieves.