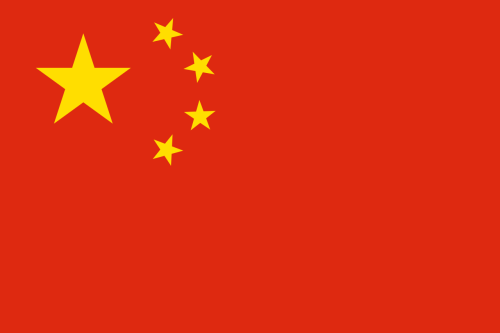 A few years ago, someone I know, a Southeast Asia expert, a China expert, said at an academic conference, "You can't believe anything Red China says. Everything their government says is a lie."

Red China and the Environment

In 2016, 196 countries agreed to and 187 countries actually signed the so-called Paris Accords on the Environment.

The Paris Agreement (French: Accord de Paris)[3] is an agreement within the United Nations Framework Convention on Climate Change (UNFCCC), dealing with greenhouse-gas-emissions mitigation, adaptation, and finance, signed in 2016. The agreement's language was negotiated by representatives of 196 state parties at the 21st Conference of the Parties of the UNFCCC in Le Bourget, near Paris, France, and adopted by consensus on 12 December 2015.[4][5] As of March 2019, 195 UNFCCC members have signed the agreement, and 187 have become party to it.[1]

The Paris Agreement's long-term temperature goal is to keep the increase in global average temperature to well below 2 °C above pre-industrial levels; and to pursue efforts to limit the increase to 1.5 °C, recognizing that this would substantially reduce the risks and impacts of climate change...

There is a legitimate debate about the achievability of the Accord. Some are in favor. Some opposed. On paper, it sounds good. In reality, as we have written elsewhere on The Eastern Woodlands Fusion, getting off fossil fuels is going to be beyond difficult.

Red China has signed on.

Writing in the South China Morning Post, Zhenhua Lu has reported,  "Under the Paris deal, the country committed to halting growth in its greenhouse-gas emissions by 2030, and Premier Li Keqiang publicly reaffirmed China’s commitment to the Paris deal just ahead of the US decision during his visit to Germany."

The public relations rah-rah assent to the Paris Accords sounds really good. Red China gets a lot of favorable press around the world with it. 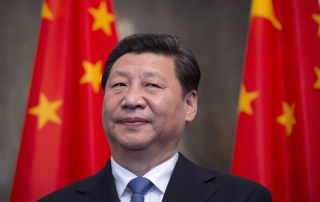 And, Red China's own citizens, with little choice because there are no alternatives, support their country and its autocratic leader Xi Jinping. So much so, we might add, that we see offcial adulation in this poem by Pu Liye, one of the deputy directors of China’s official Xinhua news agency:

General Secretary, your back and my gaze
My eyes are giving birth to this poem
My fingers are burning on my cellphone

I think hard for this poem
Searching almost every part of my body
It blocks my blood vessels and nerves
It fluctuates in the Yellow River and Yangtze River
It’s running on the Great Wall
It follows the camel bell on “One Belt, One Road”
And the warm bliss from mighty ships and high-speed trains

Indeed, one belt and one road with "warm bliss from mighty ships and high-speed trains."

Not a whole lot about the environment at the forefront of Red Chinese officialdom.

The reality of environmental destruction and degradation in Red China should make each of us blanch.

Writing for the Council on Foreign Relations, Eleanor Albert and Beina Xu write, "China’s modernization has lifted hundreds of millions out of poverty and created a booming middle class."

Yet, all is not rosy.

As Albert and Xu explain, "China is the world’s largest emitter of greenhouse gases, having overtaken the United States in 2007, and was responsible for 27 percent of global emissions in 2014."

In January 2013, Beijing experienced a prolonged bout of smog so severe that citizens dubbed it an “airpocalypse”; the concentration of hazardous particles was forty times the level deemed safe by the World Health Organization (WHO). In December 2015, Beijing issued red alerts for severe pollution—the first since the emergency alert system was established. The municipal government closed schools, limited road traffic, halted outdoor construction, and paused factory manufacturing. At least 80 percent of China’s 367 cities with real-time air quality monitoring failed to meet national small-particle pollution standards during the first three quarters of 2015, according to a Greenpeace East Asia report. In December 2015, the Asian Development Bank approved a $300 million loan to help China address the capital region’s choking smog.

Further, Albert and Xu say, "Experts also cite water depletion and pollution as among the country’s biggest environmental challenges. China is home to 20 percent of the world’s population but only 7 percent [PDF] of its fresh water sources."

This problem of water depletion and pollution is ubiquitous in Red China, as Albert and Xu explain, "Overuse and contamination have produced severe shortages, with nearly 70 percent of the country’s water supplies dedicated to agriculture and and 20 percent of supplies used in the coal industry, according to Choke Point: China, an environmental NGO initiative. Approximately two-thirds of China’s roughly 660 cities suffer from water shortages. Former Chinese premier Wen Jiabao has said that water shortages challenge “the very survival of the Chinese nation.”

The cost on Red China's citizens is enormous.

So, Paris Accords, we'll have to wait and see, eh?

This should come as no surprise.

And, human rights abuses-censorship, torture, execution, forcible re-education and the political abuse of psychiatry-all without recourse to due process and rule of law-abound in Red China.

According to Human Rights Watch (HRW), the Communist Party, the only political party in Red China, "oversees a powerful new government body, the National Supervisory Commission, which is empowered to detain incommunicado anyone exercising public authority for up to six months without fair trial procedures in a system called “'iuzhi.'"

Authorities dramatically stepped up repression and systematic abuses against the 13 million Turkic Muslims, including Uyghurs and ethnic Kazakhs, in China’s northwestern Xinjiang region. Authorities have carried out mass arbitrary detention, torture, and mistreatment of some of them in various detention facilities, and increasingly imposed pervasive controls on daily life. New regulations in Tibet now criminalize even traditional forms of social action, including community mediation by religious figures. In Hong Kong, a region promised “a high degree of autonomy” under the Sino-British Joint Declaration, the Chinese and Hong Kong governments hastened their efforts in 2018 to undermine people’s rights to free speech and political participation.

Part of the method for all this means, "Human rights defenders continue to endure arbitrary detention, imprisonment, and enforced disappearance. The government maintains tight control over the internet, mass media, and academia."

To make it even worse, the intimidation and violense is even sexual. As HRW writes, "In 2018, animated by the global #MeToo movement, a number of Chinese women stepped forward exposing people who they said had sexually harassed them. Government censorship dampened subsequent public outrage."

The human rights abuses of Red China extends beyonds its borders. As is reasonable to expect, people try to flee Red China on a regular basis. However, the pursuit of the maniacal dragon is such that "China also pressed other governments, including Egypt, Kazakhstan, and Malaysia, to forcibly return asylum seekers to China."

As we can see from the widespread and systematic violation of human rights in Red China, political repression is ubiquitous and discriminates against anyone deemed an enemy of the state.

However, some groups, more than others, are the victimes of sustained campaigns against their rights and very well-being.

For instance, Amnesty International reports, "In response to the release of concluding observations on China by the United Nations Committee on the Elimination of Racial Discrimination, Amnesty International’s Deputy East Asia Director Lisa Tassi said, 'The Committee’s findings highlight the systematic oppression of ethnic minorities in China, including the mass arbitrary detention of Chinese Uighurs and others in the Xinjiang Uighur Autonomous Region (XUAR).'"

There is a bizarre and inhuane twist to all of these violations that recalls Hitler's Nazis with their cruel and unusual medical experiments.

So much so, that Saphora Smith, reporting for NBC News, says, "The organs of members of marginalized groups detained in Chinese prison camps are being forcefully harvested — sometimes when patients are still alive, an international tribunal sitting in London has concluded."

Smith clarifies, "Some of the more than 1.5 million detainees in Chinese prison camps are being killed for their organs to serve a booming transplant trade that is worth some $1 billion a year, concluded the China Tribunal, an independent body tasked with investigating organ harvesting from prisoners of conscience in the authoritarian state."

The Falun Gong movement, among others, in Red China has suffered extreme repression and their practitioners have had their organs harvested for China's burgeoning medical translplant industry.

Who are Falun Gong?

As Wiki explains, Falun Gong "is a Chinese religious spiritual practice that combines meditation and qigong exercises with a moral philosophy centered on the tenets of truthfulness, compassion, and forbearance ... The practice emphasizes morality and the cultivation of virtue, and identifies as a qigong practice of the Buddhist school, though its teachings also incorporate elements drawn from Taoist traditions."

This may seem rather tame, for you can see qigong practiced throughout the world. Millions of people,, non-Chinese and Chinese, practice qigoing. However, as The Economist points out, "Falun Gong avows a path to salvation for the faithful." Providing a path for personal salvation, then, is a route that the Communist Party deems a threat. As The Economist explains, "Falun Gong’s growing appeal spooked the ruling Communist Party. The party wants the undivided loyalty of China’s people..."

So much so that the government in Red China labels them an "evil cult."

The results of such branding are horrorific.

As Wiki says, "According to the reports,[1] political prisoners, mainly Falun Gong practitioners, are being executed 'on demand' in order to provide organs to recipients. The organ harvesting is said to be taking place both as a result of the Chinese Communist Party's persecution of Falun Gong and because of the financial incentives available to the institutions and individuals involved in the trade." 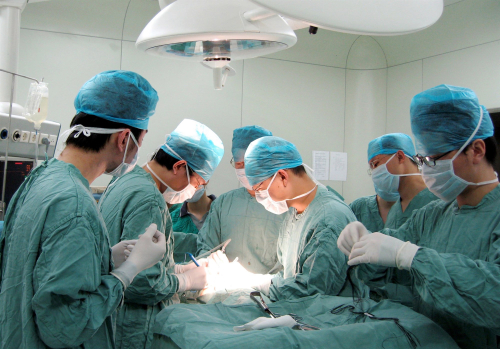 As you can see, the social and political realities of life, politics, medicine, the environment and business in Red China are far from the benificence promised (or, at least connoted) by the Red Chinese assent to the Paris Accords.

Red China's environment-from top to bottom, from government and institutions on one side to the suffering of ordinary citizens on the other-is one hell of a mess.

No matter how Red China tries to spin it, as my friend explained at that conference a few years ago, they are lying, along with a whole lot more of really bad stuff.