Home Ecology Politics Creative Writing Arts Archives About Us
...from Foreign Affairs: Climate Change Is Already Killing Us
Trump Fails His Oath of Office: Shattering the Promise of the Constitution’s Preamble

German World Cup alpine snowboarder Cheyenne Loch has been training for the upcoming World Cup season of parallel slalom and parallel giant slalom at the Stevio Pass in northern Italy along the Swiss border in Italy's semi-autonomous South Tyrol province.

No doubt, with heights like those with valleys below, the views are amazing, but not necessarily automatic with a camera. No, that requires an aesthetic eye and skill with the camera.

Well, Cheyenne Loch has both of those in abundance.

Sit back and enjoy these photos from the end of her recent training days there as she was preparing to head back to her native Bavaria. You can click on the photos to enarge them. 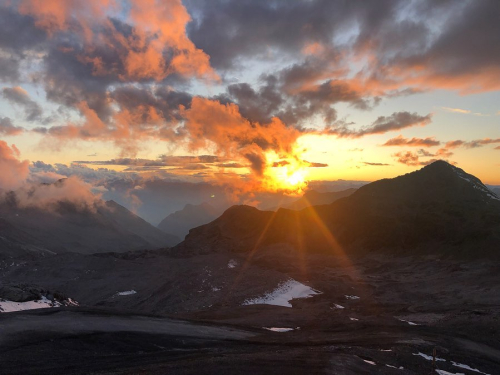 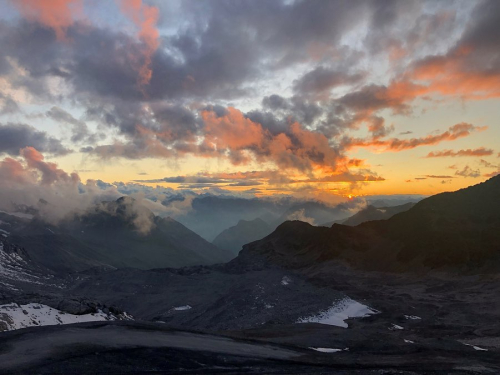 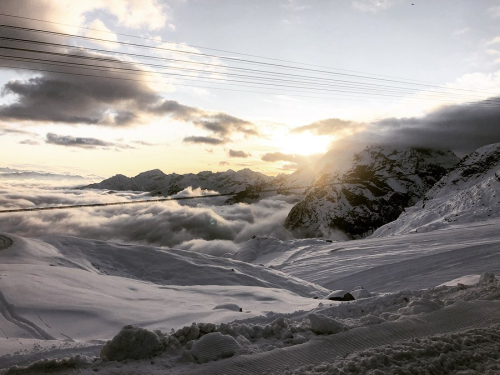 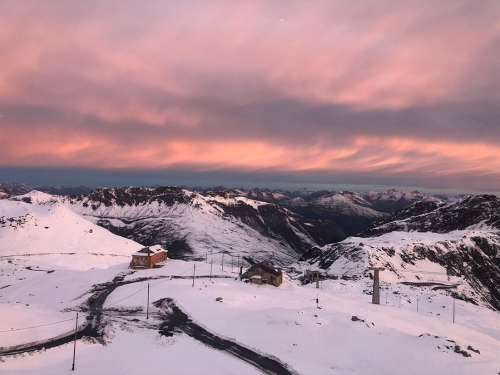 Yes, real snow to train on in September! Wish I were there.